The Passing of a BRI Leader 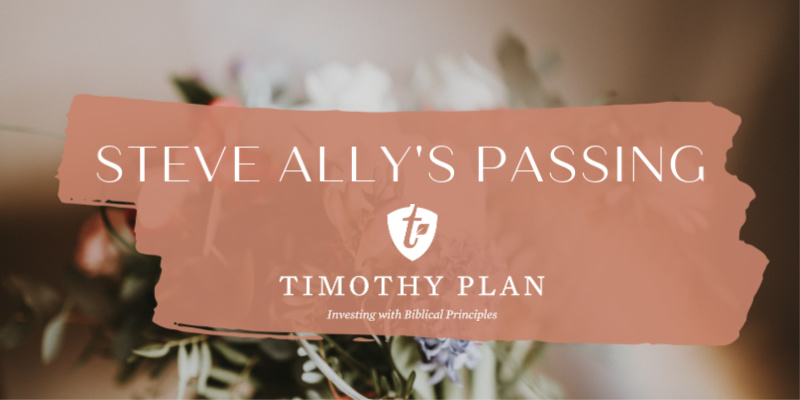 My good friend Steve Ally, who was integral in the formation of America’s first Biblically based mutual fund, The Timothy Plan, died on September 26, 2019 at the age of 55 after a long battle with cancer. Many of you met Steve over the past 25 years when he came multiple times to our area to speak about Biblically Responsible Investing. He played an important part in shaping how I view stewardship. We frequently spoke on the phone and chatted about the industry and about life. Rachael and I are attending his funeral in Maitland, Florida.

Steve was also instrumental in founding the National Association of Christian Financial Consultants (NACFC) of which I was president for several years. In addition to his commitment and passion for his work and faith mission, he enjoyed cooking, golfing, gardening, the beach and watching his favorite sports teams play. He was a fanatic about the University of Kentucky Wildcats and his favorite NFL team since age 9, the Dallas Cowboys.

Throughout his trials of battling cancer, Stephen never faltered in his faith in the Lord. His strong witness was evident and encouraging to his family, co-workers, friends and even strangers. Stephen communicated to all “without faith it is impossible to please God”. (Hebrews 11:6) His strength and courage was an inspiration to all who knew him.