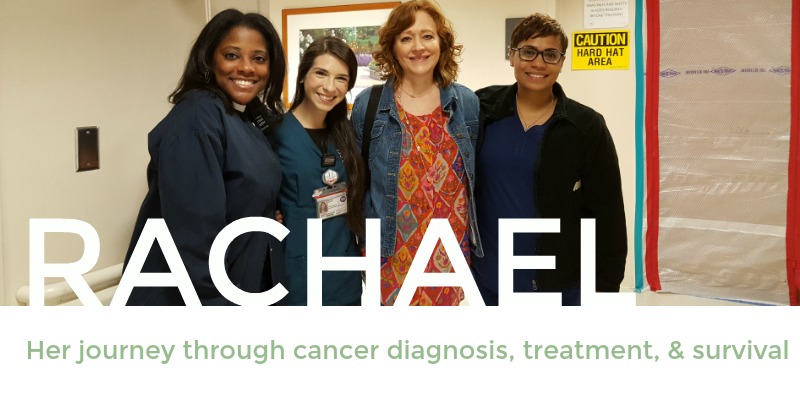 Many of you may not know about Rachael’s recent health issues, but late last summer, she was diagnosed with cancer. After many scans, doctors visits, and consultations, Rachael made the decision to go to M.D. Anderson, one of the top cancer treatment centers in the world, for all of her medical care.

For 6 weeks, she underwent chemotherapy and radiation treatments. A wonderful couple from the Barber’s church owned a condo only 5 minutes away from M.D. Anderson, and they let the Barber family use this location so that Rachael could stay in Houston during her entire treatment time in order to reduce stress and travel. The Barber Family and Kirsten took time to be up there with Rachael during her treatments to help with cooking, driving, cleaning, and ensuring that she was taken care of during this stressful time.

Rachael received countless cards and flowers from those who knew of her treatment, and each card was placed around the condo as a reminder of all the people who were thinking about her and praying for her healing and strength during these intense treatments.

In the beginning of January, Bob and Rachael visited M.D. Anderson for follow up scans to see if the chemo and radiation had worked on her tumor. The doctors only found scar tissue where the tumor used to be, so she is now considered in cancer remission or NED (No Evidence of Disease). All of the prayers were heard and Rachael was healed!

Her white blood cell count is still below normal, but with time, it should hit normal ranges again. She is feeling much better and her energy levels are higher. We ask that you continue to keep her in your prayers and thank those who have been vigilantly praying for healing. God is good!